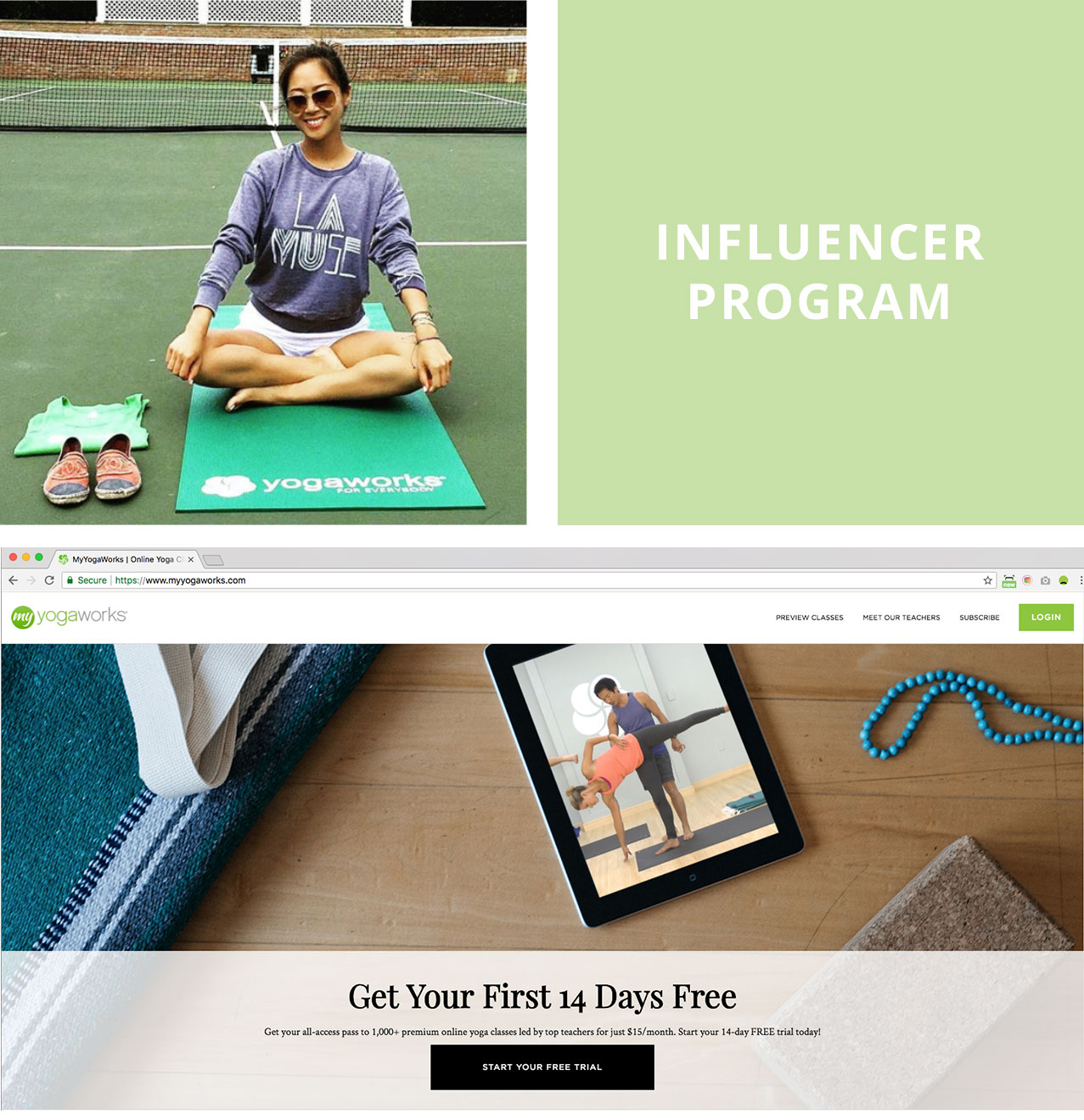 MyYogaWorks is an online streaming yoga service and the digital counterpart to YogaWork’s studio business and was looking to promote the service offering and reach a new audience through influencers.

After thorough research and analysis we engaged 50 health and fitness influencers for a free trial of MyYogaworks.com. Influencers were given the opportunity to try the service for 6 months in exchange for a review of their experience.