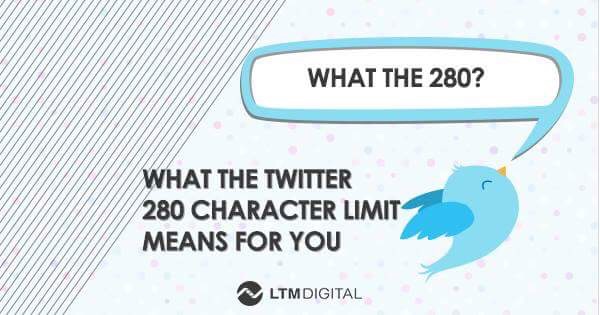 Arguably the biggest announcement a couple of weeks back on social media was twitter doubling its character limit. For a platform known for its brevity this seemed a step backwards. It’s like a brand abandoning its core benefit. Or is It?

Well Twitter officials claimed that reducing the number of tweets hitting the character limit was the driving force behind this change. As twitter believes that now people will spend lesser time editing tweets.

But is this the only reason why twitter has decided to increase the tweet count. Maybe it was also a way to combat other similar products like mastodon for example. Mastodon allows users to make 500-character long posts. Twitter has been criticised in the past for its strict character limit. It the last one year they have taken steps to allow its users to make longer posts. In September 2016, Twitter announced that photos, GIFs, videos and polls would no longer be included in the 140 characters. These are steps to increase user base and maintain dominance in the category of micro blogging so this could be the major driving force behind Twitter decision.

So, what can we expect in the future on twitter.

Maybe obnoxiously long tweets as marketers and users alike rush to take advantage of the increased tweet count. But this will soon subside as marketers will realise that not every tweet has to be 280-character long. Especially when you imagine a user’s feed with long and short feeds it could be likely that the user will read only the short tweets.

It could change the way customer care interacts with a user. So far customer care departments have been happy to converse with aggrieved customers via the DM where there is no character limit. However sometimes it is a good idea to publicly reply to a grievance and in such situations the 280-character limit will come in handy.

It is well known that tweets with 2 or more hashtags see 21 percent more engagement. SO, in the near future we could see ugly tweets with a long list of Hashtags. Marketers could be tempted to use their #slogans in every possible tweet.

In the financial sector however, the increased character limit will be a boon as there could be more room for disclosures.

Marketers could be tempted to copy and paste content now with the increased character limit. Something that must be avoided at all cost. Twitter had its own language thanks to the character limit and this should not be lost just because there is more room to express.

What do you think? Do let us know in the comments of what else could the new change usher in.